What is Object Oriented Programming?

Object Oriented Programming (OOP), in computer science is a type of high-level computer language that uses self-contained, modular instruction sets for defining and manipulating aspects of a computer program.

These discrete, pre-defined instruction sets are called objects and may be used to define variables, data structures, and procedures for executing data operations. In OOP, objects have built-in rules for communicating with one another. They can also be manipulated or combined in various ways to modify existing programs and create entirely new ones from pieces of other programs. It should be clear that class and inheritance properties of objects are ideal for certain types of knowledge representation. In fact, structured objects were used in knowledge representation schemes before the introduction of OO as a software engineering paradigm. So much information about the world can be represented by identifying objects and their related attributes (or associated data structures).

The key ideas of the object oriented approach are:

The position of Object Oriented Programming or language in computer languages is as shown in the figure below: 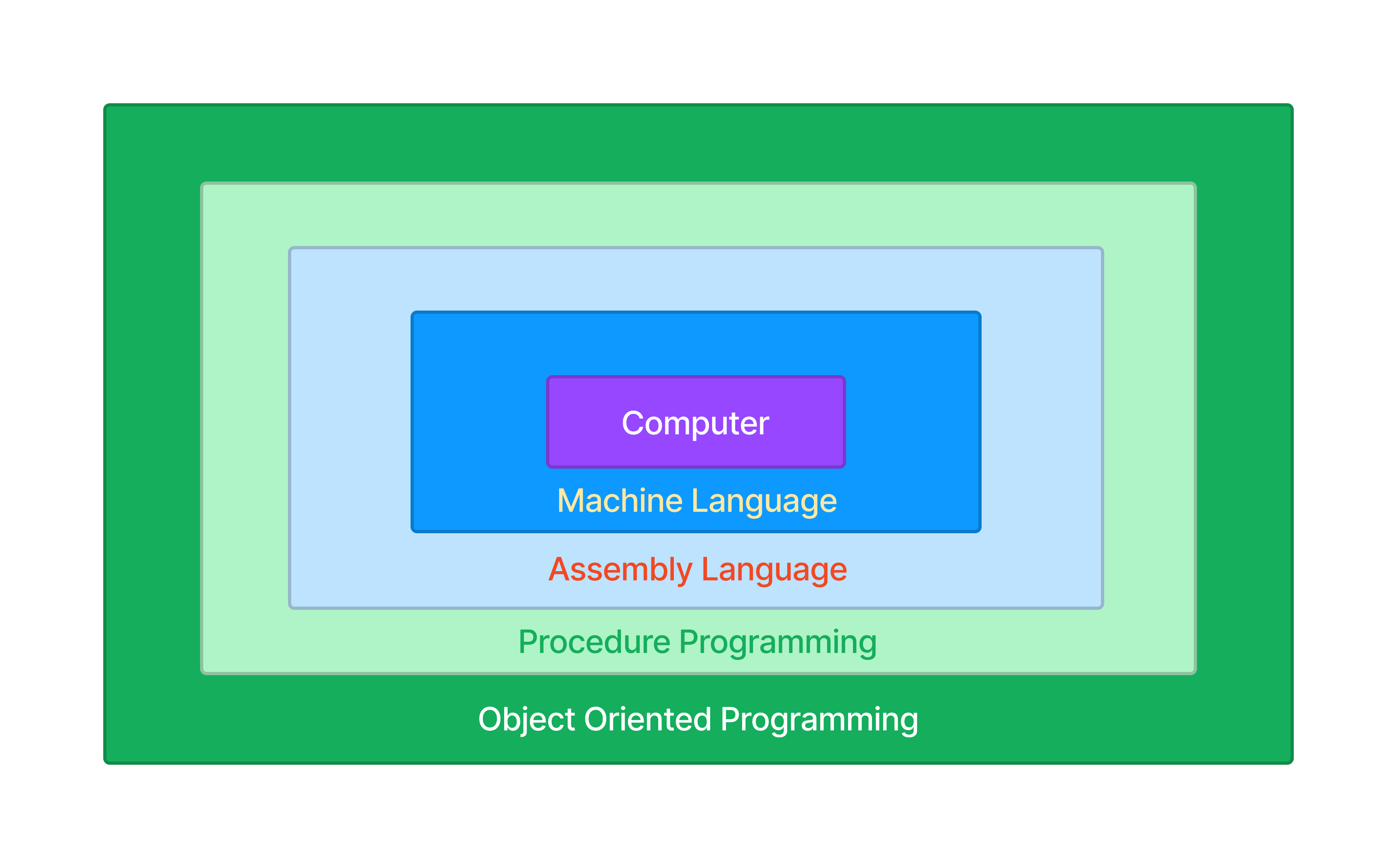 An object is one of the building blocks of object oriented programming. It is a real-world entity that has existence and importance. For example Pen, car, and person. In the case of object oriented programming, every object must have an identity that will differentiate it from other objects. A class provides the blueprints for objects, so basically an object is created from a class. We declare objects of a class with exactly the same sort of declaration that we declare variables of basic types.

An object is a combination of data and functions.

Encapsulation of data structures and methods means that only the methods associated with the object can access the internal data structures. In other words, it is a mechanism that is used to bind together the data and functions such that it behaves like a single entity. With the help of encapsulation, one can save the data from any external interference and misuse. Now the data in an object can be accessed only by the member function bound with the data only. No other function can access the data, the advantage of the encapsulation.

Class is one of the major features of object oriented programming. When you define a class, you define a blueprint for a data type. This doesn’t actually define any data, but it does define what the class name means, that is, what an object of the class will consist of and what operations can be performed on such an object.

A class is defined as a collection of objects that has common attributes and methods. Technically it acts as the blueprint for creating objects.

For example, consider a class in which all students are of the same level. The various attributes of student class can be: Rollno, Name, Fees, Grade and the behavior, methods, or functions of a class can be admission, test, and result as shown in the following diagram:

From the above student class, various objects like Student (A), Student (B), and Student (C) can be created. All the object will share the same data member (rollno, name, age) and methods (admission(), test(), result()).

Difference between object and class

A class is a predefined frame of an object, in which it’s mentioning what all variables and methods an object (object of that class) can have. The various differences between class and objects are as follows:

One especially powerful feature of OOP languages is a property known as inheritance. Inheritance allows an object to take on the characteristics and functions of other objects to which it is functionally connected. Programmers connect objects by grouping them together in different classes and by grouping the classes into hierarchies. These classes and hierarchies allow programmers to define the characteristics and functions of objects without needing to repeat source code, and the coded instructions in a program.

The instance is the running object on which the data manipulation is done. Methods are also known as member functions that are used to perform tasks on the data created in an object or class. On the other hand, messages act as the carrier for object communication, that is two objects can communicate with one another with the help of message passing.

A number of benefits are provided by the objects when they are used in the code:

Disadvantages of Conventional programming and solutions in OOPs

> Emphasis on function as compared to data:

Conventional Programming uses high-level language which is also called procedural language or structure Programming language, the primary focus is on the function. In structured programming, a program has a fixed well-defined structure. 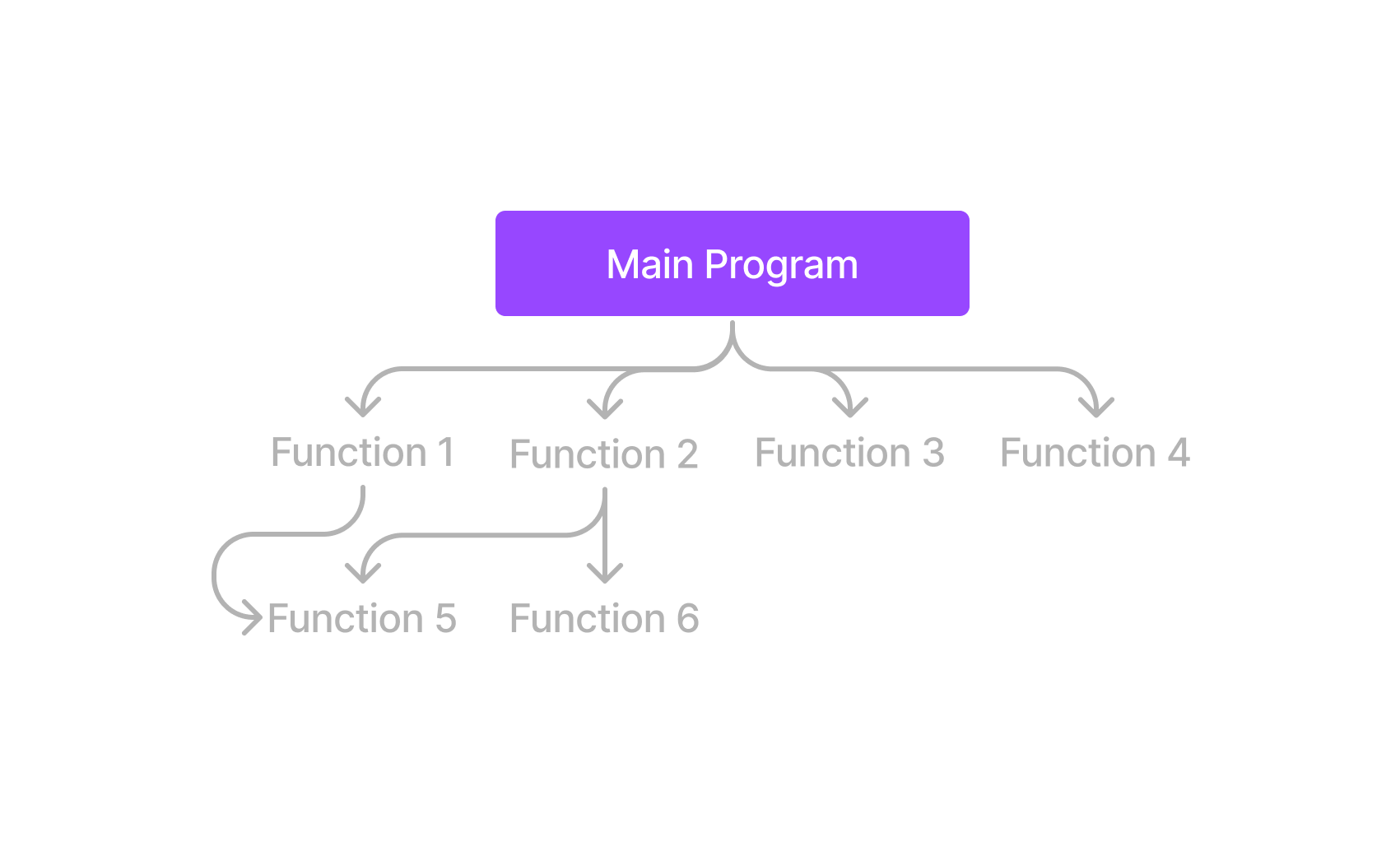 OOPS solve these drawbacks. i.e. in object-oriented programming data and functions (which operate and handle the data) are organized in one entity called class.

Another weakness of procedural language is its complexity which OOPS is able to cope with ease which means when programs become large; a single list of instructions becomes complex and lengthy. Some Programmers use a modular technique or function which makes structural Programming easier. It means if there are more than a hundred statements, then they can be broken down into smaller units.

A more serious problem with procedural language is the abstraction that does not model real-world problems very well because functions used in the procedural approach are action-oriented and are not interfaced with the components or elements of the problem.

The objectives of OOPs are clear, reliable, and easy-to-understand programs. By using OOPs, complexity can be removed by giving names to each module/function and every module/function is lined and interface with each other properly. So larger programs can be managed clearly and efficiently. It may be noted that the OOPS concept makes the programming easier as compared to the previously used procedure-oriented language.

A program in the procedural language is a list of instructions where each statement tells the computer to do something. It focuses on the procedure (function) & algorithm needed to perform the derived computation. When the program becomes larger, it is divided into functions & each function has a clearly defined purpose. Dividing the program into functions & modules is one of the cornerstones of structured programming. Procedural programming guides the application through a sequence of instructions and focuses on the idea that all algorithms are executed with functions and data that the programmer has access to and is able to change.

Object-Oriented programming is much more similar to the way the real world works. Each program is made up of many entities called objects. Objects become the fundamental units and have behavior, or a specific purpose, associated with them. Objects cannot directly access another object’s data. Instead, a message must be sent requesting the data, just like people must ask one another for information.

Benefits of Object-Oriented programming include:

Advantages and Disadvantages of Procedure Oriented Programming and OOPs

The various differences between procedure oriented and Object oriented programming languages are written in the below table:

So OOPs aid in better program design, data hiding, code reusability, transparent conceptualization, promotes efficiency and modularity, and reduce complexity. All object oriented programming languages have three things in common: Object, Polymorphism, and Inheritance. So the fundamental idea behind Object-oriented language is to combine different sets into a single program entity, both data and the functions that operate on that data. Such an entity is called an object.

When a Programming problem is approached in an object oriented language, it is asked to solve the problem by dividing it into objects. The approach is in items of objects rather than functions. Some items that become objects in object-oriented programs can be physical objects. The corresponding match between programming objects and real-world objects is the result of combining data and member functions. Many real-world objects have both a state and abilities. In object oriented approach, an object’s data records its state, and its member functions correspond to its abilities. 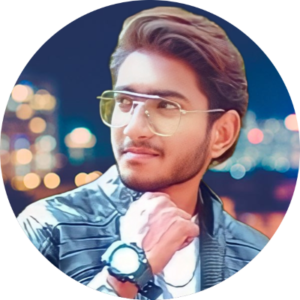