A package is a mechanism for organizing a group of related files in the same directory. In a computer system, we organize files into different directories according to their functionality, usability, and category. An example of a package is the Java package of SUN Java as shown below:

Packaging is used to organize classes that belong to the same files or provide similar functionality. Apart from this, it also helps the programmer to avoid class name collision when we use the same class name as available in another package. For example, the Date class of java.awt package is used to access the methods of the class. But, if we have a class name “Date” (user-defined) in our program, its name would clash with the Date class of java.util package. To avoid this problem, we can use a Package through which the “Date” class can be put up into another package like india.mycompany.Date without collision with anyone.

Generally, classes in one package (or directory) have different functionality from another package. For example, classes in the java.io package manage the Input/Output streams to read and write data from and to files, while classes in the java.net package give us the way to deal with the network operations.

Naming convention and Rules for using the packages

For example, the following statement creates a package called Project1.

Java uses the file system to manage packages, with each package stored in its own directory. For example, the .class files for any classes you declare to be part of Project1 must be stored in a directory called Project1. Like the rest of Java, package names are case-sensitive. This means that the directory in which a package is stored must be precisely the same as the package name. If you have trouble trying the examples in this module, remember to check your package and directory names carefully.

More than one file can include the same package statement. The package statement simply specifies to which package the classes defined in a file belong. It does not exclude other classes in other files from being part of that same package. Most real-world packages are spread across many files.

You can create a hierarchy of packages. To do so, simply separate each package name from the one above it by use of a period. The general form of a multileveled package statement is shown here:

Of course, you must create directories that support the package hierarchy that you create. For example,

For example suppose we want to keep the classes Rectangle, Circle, and Semicircle in the figure’s package. Then the file containing the definition of these classes must have code like:

This command will place Circle.class file in the ‘figures’ subdirectory.

To add classes to the existing package just follow the following simple steps:

For example, suppose we have a package named ‘figure’. We want to add a class Square to it. First of all, write the source code of the Square class as shown below.

Program to demonstrate the creation of a package

Save this file as Square.java in the ‘figure’ directory. Compile the file to create a Square.class file in the same directory.

It should be kept in mind that if a file contains more than one class definition then only one of them can be public. The name of the file must match the public class name.

If we use the second form of import statement then the specified class from the packageN can be used in the current program. This version is more restrictive.

How to Set the Class Path:

You can set multiple path entries that are separated by semi-colons.

To make this thing more understandable, let’s put the “HelloWorld” class along with its package “mypackage” under the “C:\mainpackage” directory. Thus the directory structure for this package is shown as:

Although in such conditions, Java will look for Java classes from the current directory instead f the “C:\mainpackage” directory. 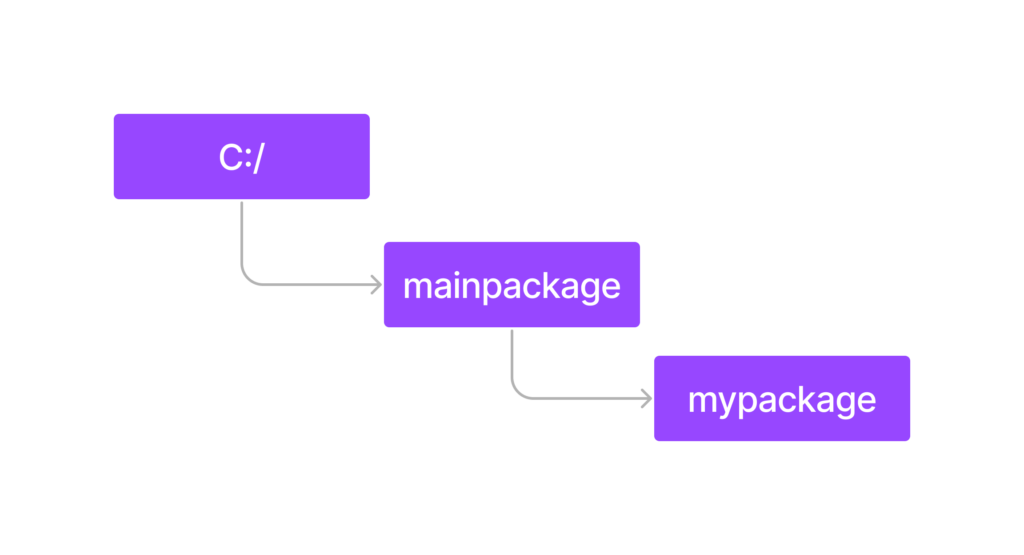 Accessibility of members can be one of the following:

Access to the fields in Java at a Glance: 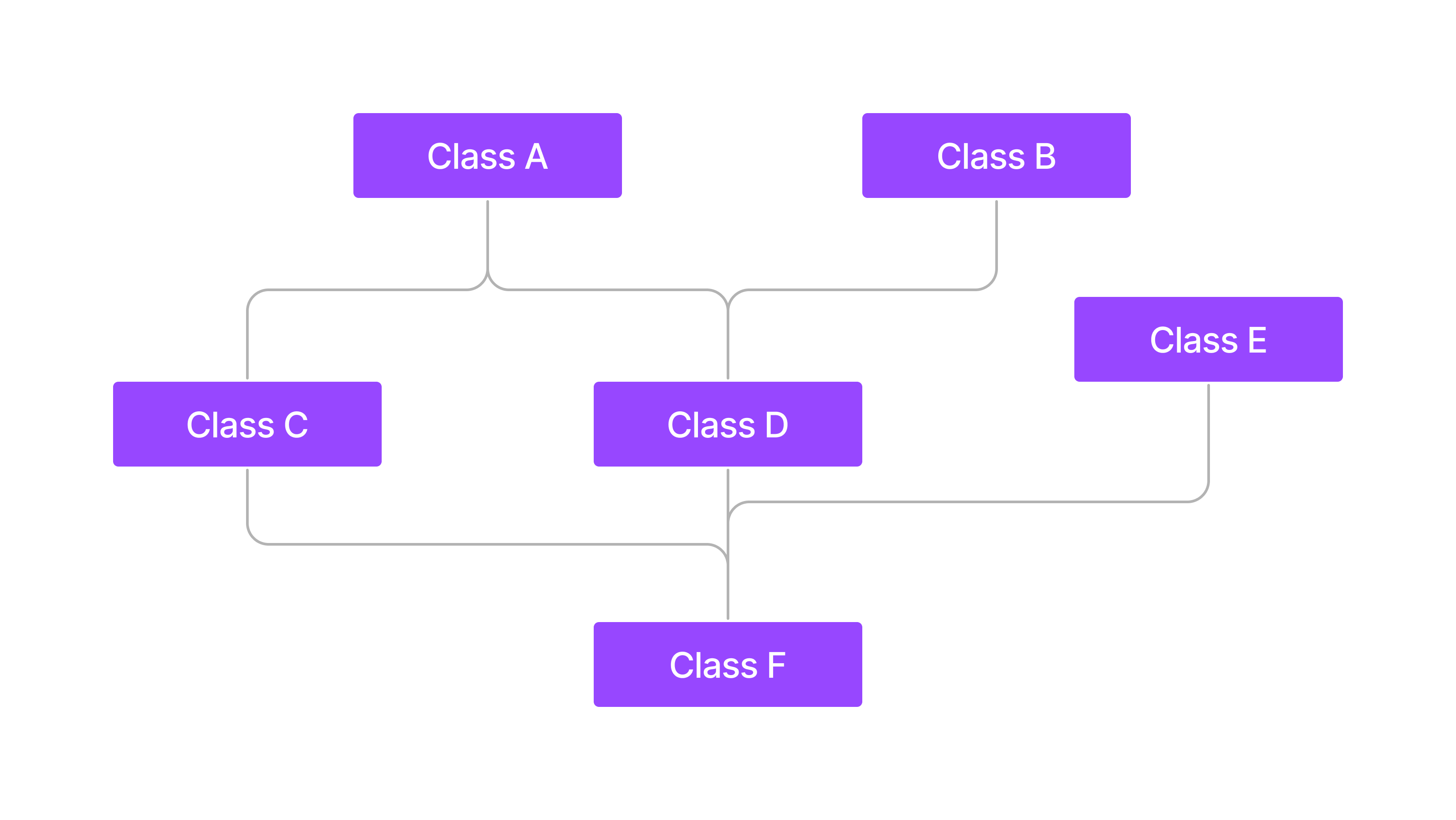 We’ve encountered the term “interface” before, in connection with subroutines and methods (method interface). The interface of a subroutine consists of the name of the subroutine, its return type, and the number and types of its parameters. This is the information you need to know if you want to call the subroutine. A subroutine also has an implementation: the block of code which defines it and which is executed when the subroutine is called.

In Java, the interface is a reserved word with additional, technical meaning. In Java programming language, the interface is nothing but the collection of methods with method declarations and final variables (variables with static and final declarations). All the methods in an interface are “public and abstract” by default. Since interfaces are abstract in nature so they can not be directly instantiated. To define the methods of an interface the keyword “implements” is used. Interfaces are similar to abstract classes but the major difference between these two is that interfaces have all the methods abstract while in case of abstract classes must have at least one abstract method. The interface combines the two functionality (template and multiple inheritance) of the C++ language into one (in itself).

To make the concept clear let us take an example program. Suppose we want to calculate the area of the circle. Here the circle is a kind of shape and uses a constant value i.e. pie. So we can have an interface named Shape that can be implemented in the class Circle.

Program to calculate the area of circle using interface

The output produced by this program is shown here:

The syntax for interface creation is:

Here is an example of a very simple Java interface:

This looks much like a class definition, except that the implementation of the calArea() method is omitted. A class that implements the interface Shape must provide an implementation for this method. Of course, the class can also include other methods and variables. For example,

The point of all this is that, although interfaces are not classes, they are something very similar. An interface is very much like an abstract class, that is, a class that can never be used for constructing objects, but can be used as a basis for making subclasses. The subroutines in an interface are abstract methods, which must be implemented in any concrete class that implements the interface. And as with abstract classes, even though you can’t construct an object from an interface, you can declare a variable whose type is given by the interface. For example, if Shape is an interface, and if Rectangle and Circle are classes that implement Shape, then you could say:

Note that a type is something that can be used to declare variables. A type can also be used to specify the type of a parameter in a subroutine or the return type of a function. In Java, a type can be either a class, an interface, or one of the eight built-in primitive types. These are the only possibilities. Of these, however, only classes can be used to construct new objects.

You are not likely to need to write your own interfaces until you get to the point of writing fairly complex programs. However, there are a few interfaces that are used in important ways in Java’s standard packages.

Program to illustrate the use of Interface to implement multiple Inheritance.

The output produced by this program is shown here:

In Java language, interfaces with no methods are known as marker interfaces. Marker interfaces are Serializable, Clonable, SingleThreadModel, and Event listener. Marker Interfaces are implemented by the classes or their super classes in order to add some functionality. e.g. Suppose you want to persist (save) the state of an object then you have to implement the Serializable interface otherwise the compiler will throw an error. To make more clearly understand the concept of marker interface you should go through one more example.

Difference Between Interfaces and Abstract Classes #

Some important differences between Interface and abstract classes are given here

What are your Feelings

Still stuck? How can we help?

How can we help?