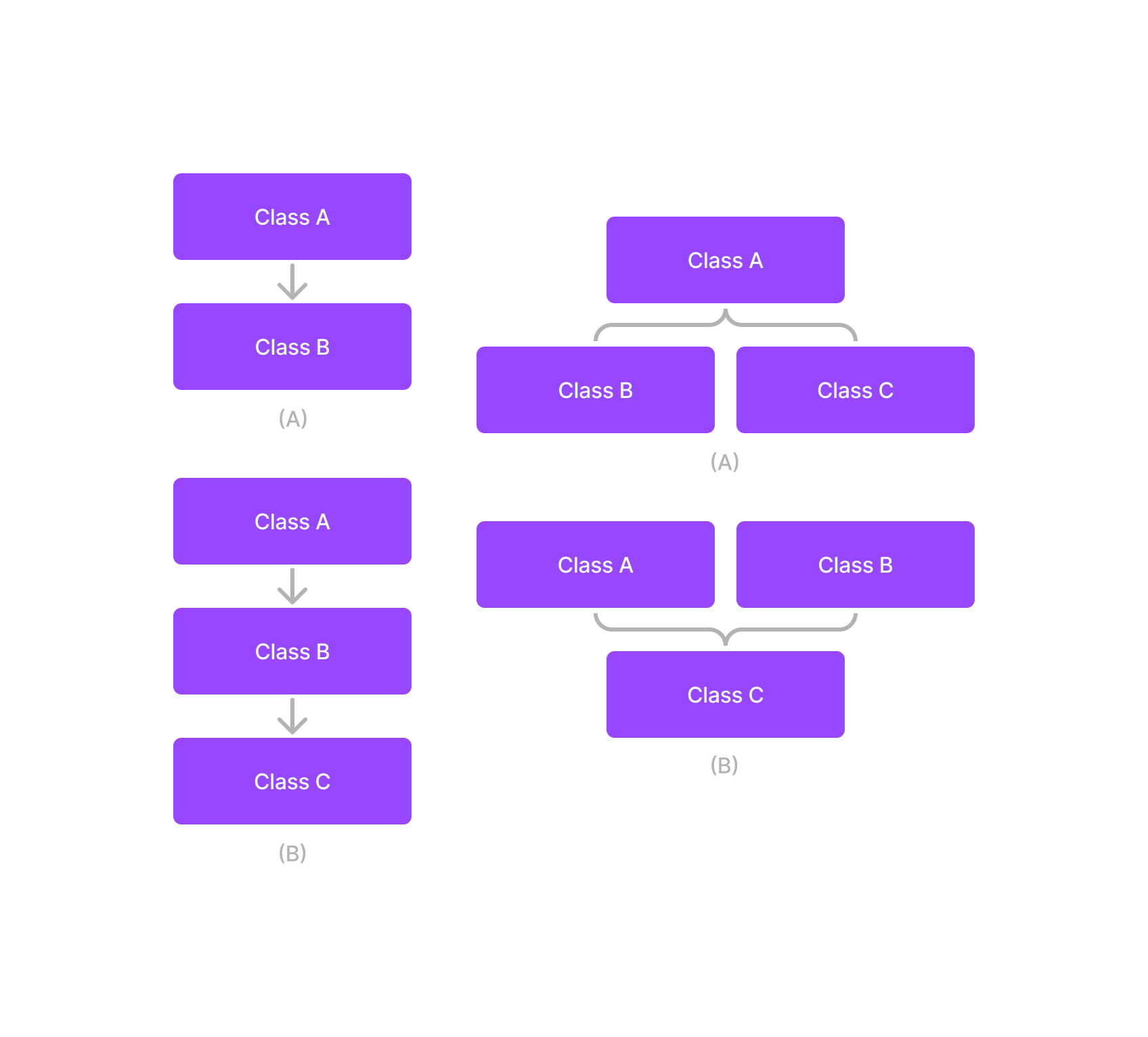 It is important to note here that Java does not directly implement multiple inheritances However, this concept is implemented using another form of inheritance i.e. Interfaces (discussed in the next topic). To inherit a class, you simply incorporate the definition of one class into another by using the extends keyword. To see how to let’s begin with a short example. The following program creates a superclass called A and a subclass called B. Notice how the keyword extends is used to create a subclass of class A.

Program to explain the concept of inheritance.

The output of this program is shown here:

As you can see, subclass B includes all of the members of its superclass, A. This is why sub1 can access x and y and call show1(). Also, inside sum(), x and y can be referred to directly, as if they were part of B. Even though A is a superclass for B, it is also a completely independent, stand-alone class. Being a superclass for a subclass does not mean that the superclass cannot be used by itself. Further, a subclass can be a superclass for another subclass. The general form of a class declaration that inherits a superclass is shown here:

You can only specify one superclass for any subclass that you create. Java does not support the inheritance from multiple superclasses into a single subclass. (This differs from C++, in which you can inherit multiple base classes.) You can, as stated, create a hierarchy of inheritance in which a subclass becomes a superclass of another subclass. However, no class can be a superclass in itself.

Program to explain the concept of inheritance.

The output from this program is shown here:

As you can see, the subclass Teacher includes all of the members of its super class Person. This is why tech can access age, name, and getdata() and call show(). Also, inside display(), age and name can be referred to directly, as if they were part of Teacher. Even though Person is a super class for Teacher, it is also a completely independent, stand-alone class. In the above program Teacher class can also access its data members and member methods too i.e. sal and display().

Although a subclass includes all of the members of its superclass, it cannot access those members of the superclass that have been declared as private. For example, consider the following simple class hierarchy:

/* In a class hierarchy, private members remain private to their class. This program contains an error and will not compile. */

This program will not compile because the reference to q inside the sum() method of B causes an access violation. Since q is declared as private, it is only accessible by other members of its own class. Subclasses have no access to it.

A class member that has been declared as private will remain private to its class. It is not accessible by any code outside its class, including subclasses.

Teacher class inherits all of the characteristics of Person class and adds new members as qual and sal to them. The Guest Teacher class retains name, age and qual of Teacher class and adds ppl component to it. Also GuestTeacher class redefines the display() method by making suitable modifications. A major advantage of inheritance is that once you have created a superclass that defines the attributes common to a set of objects, it can be used to create any number of more specific subclasses. Each subclass can precisely tailor its own specifications.

Remember, once you have created a superclass that defines the general aspects of an object, that superclass can be inherited to form specialized classes. Each subclass simply adds its own, unique attributes. This is the essence of inheritance.

To see how a multilevel hierarchy can be useful, consider the following program. In it, the superclass Staff is used to create the subclasses called Teacher and Typist. The class Staff contains the common properties of staff member i.e code and name. The subclass Typist adds speed property and subclass Teacher adds subject and qual where code and name are inherited from Staff class.

This program generates the following output:

In the preceding program, the entire class hierarchy, including Staff, Typist, and Teacher is shown all in one file. This is for your convenience only. In Java, all three classes could have been placed into their own files and compiled separately. In fact, using separate files is the norm, not the exception, in creating class hierarchies.

What are your Feelings

Still stuck? How can we help?

How can we help?

Inheritance in JavaUse of Super